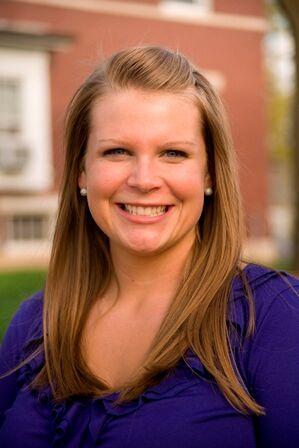 Congratulations to Kati Abbott, winner of the first College of Arts and Science Advisor of the Year Award!

Kati was officially recognized at 3 p.m on Feb. 18 in Jesse Wrench Auditorium as part of Arts and Science week. https://coas.missouri.edu/event/arts-and-science-week-2020

Kati joined MU in 2014, and has been instrumental in the success of Political Science and Economics undergraduates. She advises students from freshmen to seniors, helps students develop course enrollment and graduation plans and develops and implements online resources for students, among other duties.

She was previously an academic advisor at Columbia (Mo.) College; and performed similar duties at Truman State University, Kirksville. Kati earned a bachelor's degree in psychology and a master's degree in education, both from Truman State.