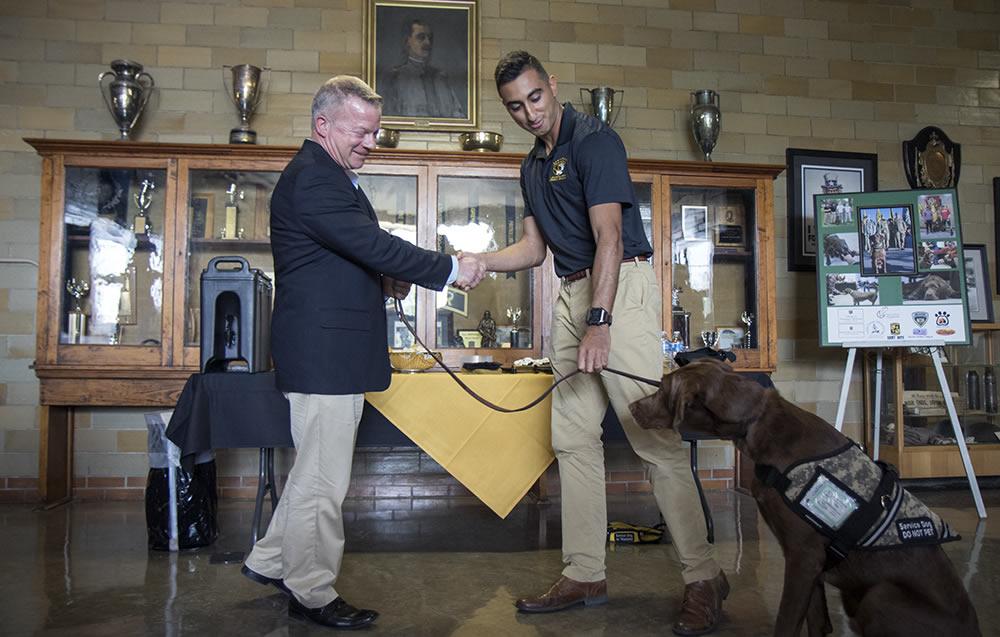 Arts and Science senior Ali Abdulaziz has had no lack of involvement while here at Mizzou. On top of his political science major and military science minor, he is heavily involved with the MU Reserve Officer Training Corps, Mizzou Cannon Crew, Ranger Company, intramural sports, and he has been a primary trainer for United Service Dogs with Veterans.

﻿Over the summer, Abdulaziz was selected as an A&S Global Scholar and studied Arabic in Jordan. He will graduate in May as a distinguished military graduate and will then enter active duty military. We’re grateful for Abdulaziz’s service to our country and hard work here on campus.