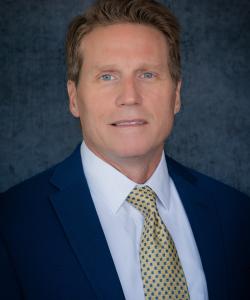 Joe is a Professor of Practice in the Truman School of Government & Public Affairs at the University of Missouri. He also serves as General Counsel for the Missouri Division of Credit Unions. He has held several senior level positions over 30 years in the executive and legislative branches of Missouri state government, including Deputy Commissioner of Higher Education, Chief of Staff for the Missouri State Auditor, and Chief of Staff for the Senate Appropriations Committee Chairman.

Joe received his Juris Doctor and Master of Public Administration from the University of Missouri and completed the Senior Executives in State and Local Government program at the Harvard Kennedy School of Government. He serves as a member of the MPA Committee and the Alumni Advisory Board for the Truman School of Government & Public Affairs. He is a veteran of the U.S. Air Force.

In 2017, he served a three-year appointment by the U.S. Department of the Treasury to represent Missouri on the IRS Taxpayer Advocacy Panel, a nationwide federal advisory committee. He was the recipient of the 2020 Truman School Teaching Excellence Award.