Dr. Adams research has focused on public service ethics, history and theory, and on organizational symbolism and culture. His book, Unmasking Administrative Evil, with Danny L. Balfour, (Fourth edition, Armonk, NY: ME Sharpe, Inc., 2015) won the 1998 Louis Brownlow Book Award, the National Academy of Public Administration’s highest award for excellence in public administration scholarship, as well as the 1998 Best Book Award from the Public and Nonprofit Division and the 2002 Best Book Award from the Social Issues in Management Division, both of the Academy of Management. He was awarded the 2007 Marshall E. Dimock Award for the best lead article in the Public Administration Review. In the fifty year histories of the Brownlow and Dimock Awards, only four others have won both awards—Harlan Cleveland, Donald Kettl, William Gormley and Alasdair Roberts. Adams also co-authored The Tacit Organization (Greenwich, CT: JAI Press, 1992); and has over eighty scholarly publications, including books, book chapters, and articles in the top national and international public affairs journals. He currently serves as Co-Editor-in-Chief of the American Review of Public Administration. In 2008, Adams received the Faculty-Alumni Award for distinguished contributions as a scholar and teacher, given by the Alumni Association of the University of Missouri. In 1995, he received the prestigious William T. Kemper Fellowship for Teaching Excellence, given annually to ten faculty at the University of Missouri in campus-wide competition. In 2001, he received the Outstanding Service Award from the Association of Master of Public Administration Students of the Truman School. He has served as Chair of both the Section on Public Administration Research and the Section on Public Administration Education of the American Society for Public Administration; on the Executive Committee of the Public Administration Section, American Political Science Association; and is a member of the Association for Practical and Professional Ethics and the Standing Conference on Organizational Symbolism (Europe). 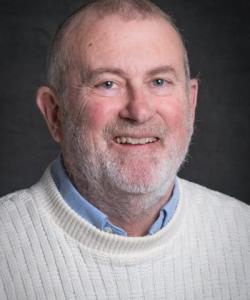