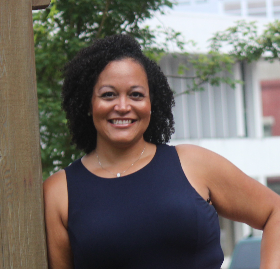 Demographics are not Destiny

Registration can be found here.

In 2013, Business Insider published a list of the top most diverse and least diverse cities in America (Willet 2013). The general idea was that some cities (the most diverse) were pretty close to 25% Asian America, Black, Latino and White in terms of their demographic make-up. The least diverse cities are those where one group may dominate the city demographics, thus making them less diverse. There is a belief that diversity matters. We believe it should translate into diversity in other areas. A more diverse neighborhood, should mean diverse schools or a more diverse friend group. Similarly, in a more diverse city, we expect to see a diverse body of local representatives. If this thinking is correct, we expect to see more diverse councils in the most diverse cities and obviously less diverse councils in the least diverse cities. We rely on a new dataset, using the forty cities from the Business Insider list plus the 100 largest cities in the US, census data (population size in each city and the percent Asian American, Black, Latino, and White), the size of the council, the race and ethnicity of the councilmembers and the mayor serving in office at the end of 2017. We determined the representation of each racial and ethnic group on the council. We find that for Asian Americans, Blacks, and Latinos, the mean and median levels of representation are all negative. On average, Asian Americans, Blacks, and Latinos are underrepresented in these cities. Only Whites are over represented, on average across the 134 cities. The literature has been quite clear: communities need to elect people that look like them in order to get those elected bodies to pass ordinances that benefit them, but these data show that even in the most diverse cities, this is not happening. Given this finding, we turn to alternative ways for communities to demand change in their cities.

Andrea Benjamin, Ph.D., associate professor, Clara Luper Department of African & African American Studies, University of Oklahoma, and Assistant Professor, Department of Political Science, University of Missouri, and affiliated faculty of the Truman School of Public Affairs will virtually visit the University of Missouri on April 30 at 2:30 p.m. Her research includes race and politics, local elections and voting behavior, and public opinion. Her books include Racial Coalition Building in Local Elections: Elite Cues and Cross-Ethnic Voting and Using the Co-Ethnic Elite Cues Theory. She is currently working on a project about coalitions, electoral representation and policy representation in local politics.

Questions or concerns can be directed to Jacob Owen at JacobOwen@missouri.edu.