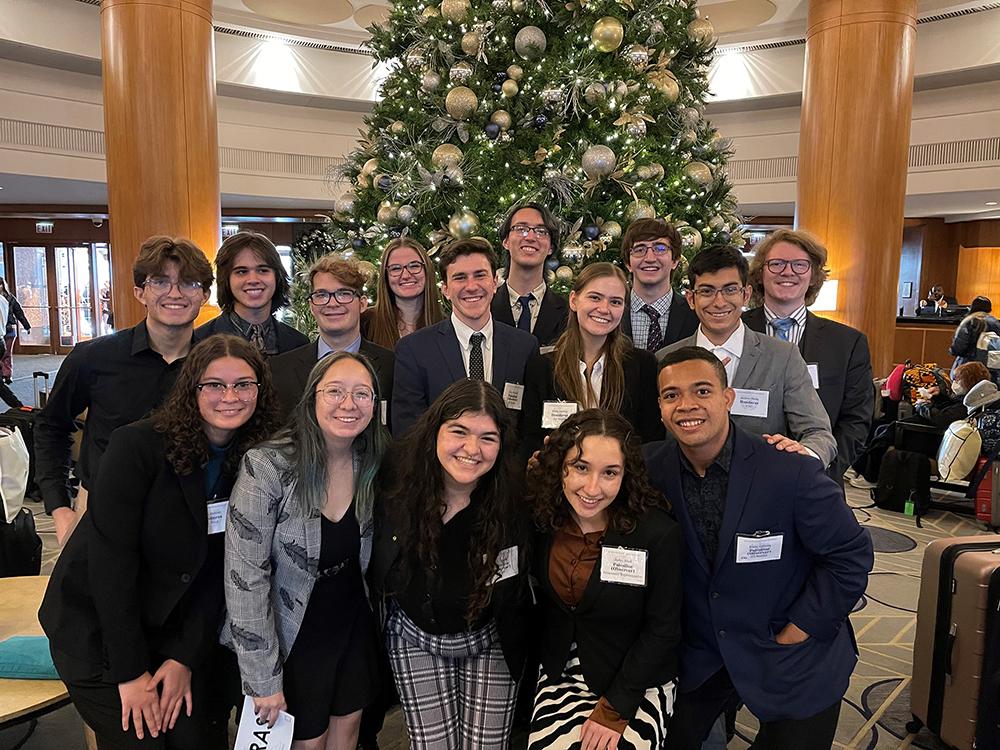 Seventeen students from Truman School’s Mizzou Model UN recently traveled to Chicago to  participate in the American Model United Nations conference and won four awards, more than any other school in the competition.

The Mizzou Model UN had two delegations competing in Chicago, as Honduras and Palestine and took home individual awards for:

The Mizzou Model UN is part of the Truman School’s Office of Participatory Democracy, which is led by Curators’ Distinguished Teaching Professor Dr. Bill Horner. The OPD was created to support activities giving students practical, hands-on experience in applying the skills they learn in the classroom.

"I am very impressed with the hard work and dedication of the students on the Mizzou Model UN team and I am proud of this great achievement by them,” said Dr. Horner.

Congratulations to these students on their accomplishments!