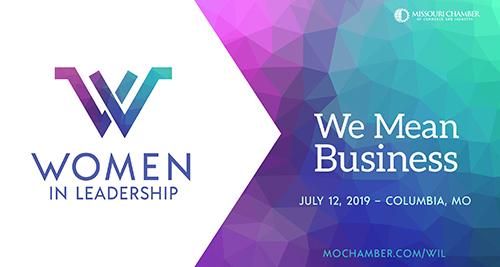 Businesswomen from around Missouri came together for the inaugural summit of Missouri Chamber of Commerce and Industry’s Women in Leadership Conference. Topics centered on policy, advancing women in the workplace and fostering support and mentorship among women. Attendees were updated on the Status of Women in Missouri by keynote speaker, Wendy Doyle, CEO of the Women’s Foundation, and learned ways to level the pay gap and gain access to leadership roles in politics and industry. While legislation on the subject of pay equity has stalled in Jefferson City, Kansas City pulled ahead in the effort by banning employers from asking about salary history.

Emily Johnson, Associate Director of MU’s Institute of Public Policy, spoke about pay equity in a session entitled Pay Equity: Leveling the Playing Field at the Women in Leadership Conference held at the Holiday Inn Executive Center, 2200 Interstate 70 Dr. SW in Columbia, MO 65203 on July 12, 2019. Ms. Johnson addressed the “motherhood penalty”, gaps that appear in women’s work histories as they birth and rear children that later become barriers in their careers. While gender bias is difficult to prove or remedy, the fact remains that women in Missouri are still earning 78 percent of what men make.

Listen to the podcast