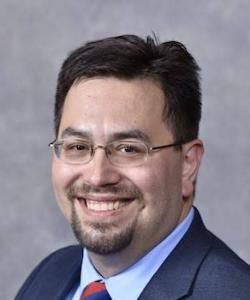 Rodolfo (Rudy) Hernandez is a Kinder Institute Assistant Teaching Professor of Constitutional Democracy and Assistant Teaching Professor of Political Science. His research focuses on political theory and American political development, and his dissertation considers the political economy of Abraham Lincoln’s thought, especially as it relates to the principle of equality expressed by the Declaration of Independence. Recently his work has appeared in The Political Science Reviewer.  He frequently teaches American Government, American Political Thought, and Race and the American Story. Dr. Hernandez received his Ph.D. in Political Theory from Louisiana State University (2017) and his B.A. from St. John’s College (Annapolis, 1999). He previously taught as a Visiting Instructor at Louisiana Tech University and as a Senior Lecturer at Texas State University, and he served from 2018-20 as a Kinder Institute Postdoctoral Fellow in Political Thought & Constitutionalism. He also has prior government experience, including having been in AmeriCorps, having worked as a tax examiner in the U.S. Treasury Department, and eight years in the U.S. Army Reserve.