Jennie Ikuta is an Assistant Professor of Political Science in the Truman School of Government & Public Affairs and the Kinder Institute on Constitutional Democracy. Born in San Diego and raised in Yokohama, Japan, she returned to the United States as an undergraduate at the University of Chicago (2007) and completed her Ph.D. in political theory at Brown University (2014). Before arriving at Mizzou in 2020, she taught political theory at the University of Tulsa.

As a political theorist, Ikuta’s research interests center on the role of moral psychology in politics, especially in 19th- and 20th-century political thought. Her first book, Contesting Conformity: Democracy and the Paradox of Political Belonging (Oxford University Press, 2020) examines the thought of Tocqueville, Mill, and Nietzsche in order to investigate the notion of nonconformity and its relationship to modern democracy. Articles drawn from this project have been published in Constellations (2017) and Philosophy & Social Criticism (2015).

Currently, she is at work on a second book project, Privileged Losses: Race, History, and the Politics of Memory, which examines the limits and possibilities of historical acknowledgment for motivating the pursuit of racial justice. An article (co-authored with Trevor Latimer) drawn from this new book project has been published in The Journal of Politics (2021) and another has been published in Polity (2022). 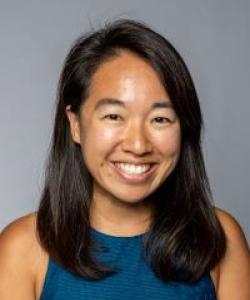